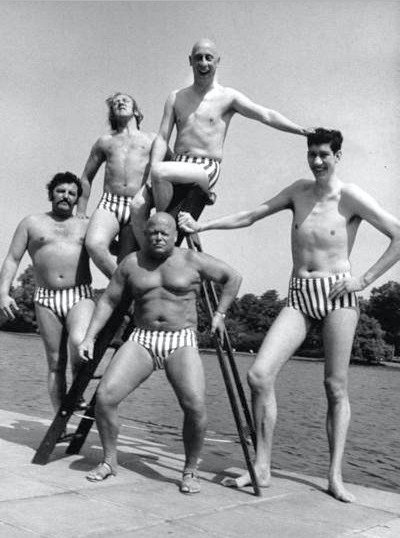 Many elements are involved when attempting to becoming a successful, or at the very least, not pathetic gambler. Variables such as holding a wide variety of books to place action, line shopping, and of course maximizing available information by subscribing to a professional SIN Syndicate picks service, will all be for nothing if not properly managing budgets. Most professionals refer to the stake risked on a play as a “unit”, so that term will be utilized going forward.

Flat betting is ridiculously simple: bankrolls are broken down into units. Then risking one, two, or three units on a play based on its perceived strength. If starting capital is $1000 and average unit size is $10, 100 units are consequently available to be placed. These units are then risked as mentioned above, not in the manner random touts suggest to do.

These fonzanoons are huge fans of the 5 to 10 unit LOCK OF THE WEEK / MONTH / YEAR / DECADE, which is always a clear sign to run away fas fast as possible. Members subscribing to Sports Information Network already know we usually roll with a Gun to the Head Play of 1 unit because we would rather be dead than participate in such loss-chasing shenanigans when getting down on NFL. The reason these unscrupulous scoundrels do this is because if they hit one big multi-unit play, they can subsequently claim they had a winning week(end). Also, chase plays commonly come along at inopportune moments like when making dinner or cleaning the house, well-timed to cause confusion and reduce scrutiny.

In summation, don’t chase losses by increasing unit size. It’s all about the motion of the ocean, folks. Peaks and valleys. We move on.

Alternatively, adjust stake size for each individual play by employing the Kelly Criterion, a system where risk is adjusted based on perceived edge of the wager.

First calculate perceived edge, known as Expected Value or EV for short, and only lay action in a +EV situation, –EV never to be considered. The actual formula is:

Don’t worry, it’s actually fairly easy once building the spreadsheet to do the math. We’ve provided a full detailed explanation of how to create a Kelly Criterion sheet that’s easy to follow and shouldn’t take too long to build.

The main advantage of this system is that in theory, bankrolls will never hit zero because a percentage of what’s remaining is always staked, based on amount of starting capital. The bigger the roll, the larger the wager size, since it increases along with overall balance, conversely decreasing when applicable.

So those are the two methods of managing gambling units, with most professionals arguing Kelly Criterion is far superior. While it has large advantages over flat betting, it lacks ease of use. Recreational players who do this to make games a bit more exciting, just stick to the flat technique and enjoy action while making smarter plays. If possessing the time to invest and genuinely desiring to elevate performance, use Kelly Criterion . This is advised because when done correctly, flat betting occurs in due time, not because it’s actively searched, but because Max Bet buttons will reveal themselves as the sole correct option.

What’s a Fonzanoon? Well, if you have to ask, you might be one…