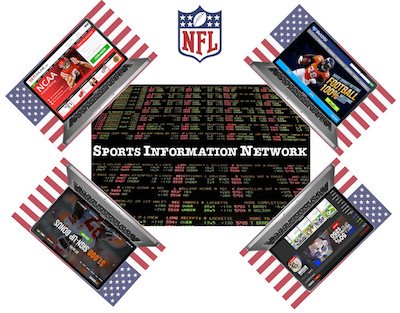 Well it’s that time of year again and people across the country are going bonkers trying to figure out which pools to join, which Fantasy players to draft, and where to put their bankrolls for the season. We are getting bombarded with questions from readers asking us where they should play in 2018 so we decided it was much easier to just publish an article on the topic. With that said, here are the best online sportsbooks for 2018 and why each deserves a piece of your bankroll.

A lot of confusion surrounds online gambling in the USA since laws are in the middle of being updated and chains of oppression are slowly being broken from state to state. So when taking everything into consideration, only three places are currently endorsed for American readers, each one accepting residents from every jurisdiction, which is not something competitors can claim.

Our top recommended sportsbook for U.S. players is BetOnline, who have been in business for years and are really starting to impress with the amount of sports available. In addition to NFL, NBA and other big leagues, also stake politics, entertainment, and even eSports, which involves competitive video games leagues for kids. Awesome. A full racebook with every major track is on tap alongside favorite casino tables like blackjack and roulette.

Next is tremendously popular MyBookie who are racing to the top of the industry thanks to crazy props on everything from football futures to which celebrity will die next. These guys are brash, outlandish, in your face, spend millions on advertising, and they’re also one of the best out there. Top-notch customer service, fast deposits and withdrawals, and a full casino stuffed with every game imaginable dazzles the eye. Additionally, very weak lines are continuously posted thanks to their incompetent Head Bookmaker who brags on Twitter about his future “Lambos”, but has never posted a single photo of the car he drives now. Strange.

The list is rounded out by experienced yet inconsistent BetDSI, veterans already quite familiar with their work. In business for decades and one of the first real “offshore books”, setting up in Costa Rica back when most were still in grade school. They’ve just redesigned their entire website and it looks great, with all products extremely easy to find. Tons of contests are running throughout football season and beyond, so tons of action is available, even Survivor Pools.

So there you have it, top picks for where to get down this season. Everyone here has been a member at these books for years so they come 100% honest and trustworthy, obviously an extremely important factor.