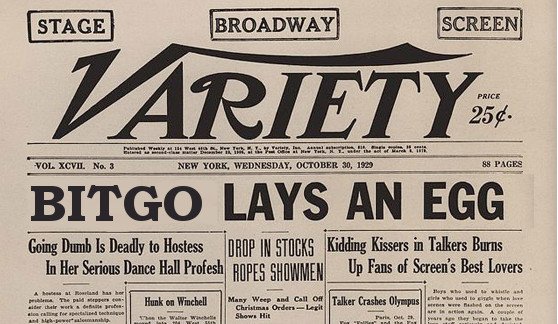 Today was quite the roller coaster for anybody who follows, or has vested interest, in Bitcoin (BTC) or any other crypto currency. Many people have been closely watching the upcoming hardfork for the BTC blockchain, and there has been much back and forth on both sides of the aisle.

The proposed nickname was Segwit2x, which combined Segwit technology and a hardfork to 2MB (this would be an increase from the current 1MB block size that BTC miners can mine), and had most debating whether it would be a positive or a negative its future. For those unfamiliar with these terms or what goes into making crytocurrency, think of it as a proposal to change the core technology of your company that could potentially create a windfall or could be its downfall. I personally didn’t think it would end up being a negative for Bitcoin, but people smarter than me obviously thought differently.

At approximately 11:00 a.m on November 8th, Mike Belshe, BitGo CEO called off the Segwit2x Hardfork via a post on Linux Foundation, causing a huge stir in cryptocurrency and financial communities worldwide. 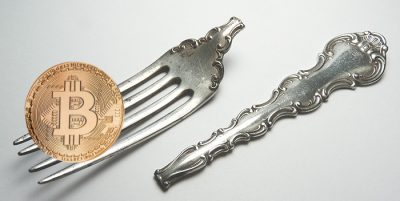 After this went viral, a wild swing in BTC price occurred. On two popular and respected industry platforms, Coinbase and Bitfinex, immediately prices went as high as ~$7,840 (per coin) and ~$7,900 (per coin) respectively, up from ~$7,400 the day before. These prices shot up in less than an hour, but immediately came “crashing back down” to as low as $7,172 (per Coinbase) within three hours. As of this evening it sits at ~$7,350 and for those wondering why there is an approximation by these numbers, just pull up a chart and see how rapidly it fluctuates every few seconds.

This brings us to our next point, today’s extreme volatility ended up being much ado about nothing. Although, anyone long or short on BTC likely had a heart attack (or two) during this episode. Like every tradable commodity, there is of course going to be up and down swings to weather, this alt coin definitely taking those swings to a level rarely seen before.

If not prepared to see that ticker violently swing up and down and be completely fine with that, then maybe some 30 year mutual funds are the way to go. If a savvy trader, Bitcoin’s volatility is right up your alley and there is ample money to be made with these hourly fluctuations.

If looking for something in-between, perhaps check out Bitcoin Cash (BCH) which is rumored to become an accepted deposit method at a few U.S. online sportsbooks before the end of 2017. It took a hit after its initial hardfork split from the BTC blockchain cause a price spike, but over the past month the price of has steadily increased and ultimately doubled.

Volatility of BCH is not quite as high as BTH so for those prone to heart disease, this may be a better option. The same can be said for Litecoin (LTC), accepted at top recommended site BetOnline for a while now. Low volatility mixed with same potential for steady growth, both are undervalued and have potential for quality gains via less stress.

An excellent way to spend those profits (or chase those losses) is to take a crack at breaking some bookies. Of course, before attempting, ensure to possess piles of valuable information via our subscription packages.