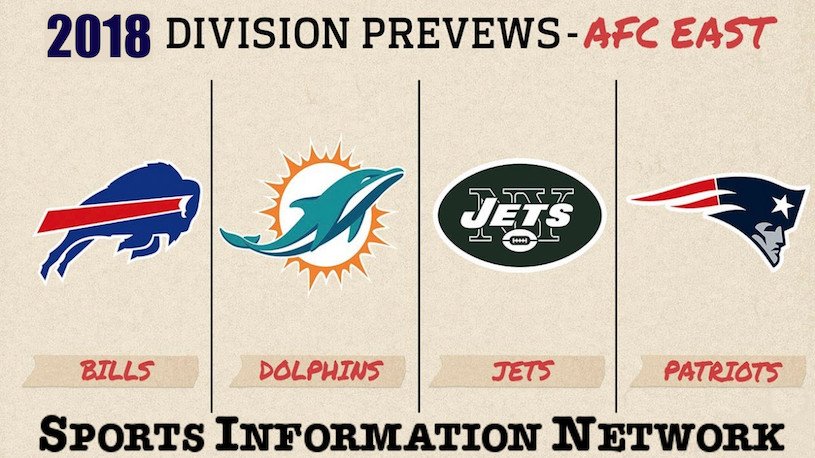 The Patriots. Wait, I must write more than two words? Fine, the Patriots are the largest favorite of any team in the league to win their division this year (-800 at time of writing). Simply put, I don’t think the Bills, Jets or Dolphins sniff double digit wins this year. The next several years will be interesting to watch with the additions of Allen and Darnold to the division but I don’t think they make much of an impact this year, though, I do think they both end up playing a decent amount of the year.

Underdog of a field goal or more in 7 games

Under 6 -140 – I just can’t find seven wins on their schedule. Buffalo has big question marks at quarterback and big question marks at running back (legal trouble for McCoy plus he wasn’t all that productive last year). They do have one of the best schedule in terms of opponents pass defense efficiency, but I don’t think they’ll have the tools to truly take advantage of it.

Underdog of 6 or more points in five games

Over 6.5 -140 – I think the Dolphins win eight games this year. They have talented WR corps, they have a serviceable QB in Tannehill and although Gore is getting up there in years, he and Drake can combine for a powerful ground game. Ten of their games are a +/- 3 point spread and I think they will be able to win the close ones this year.

Favored by 6 or more points in eight games

Over 11 -160 – If the Patriots don’t win 12 games this year it might be the biggest disappointment of the league. We all know how dominant they have been and likely will continue to be with B&B at the helm. Brady is still somehow at the top of his game, Gronk is as dominant a TE that we’ve seen in this league and Hogan and Edelman get the job done. I think they win 14 pretty easily without any major injuries.

Underdog of 4 or more points in 9 games

Under 6 -130 – Taking the under here with a frankly boring Jets team. They have a pretty easy schedule, but I don’t think they have the talent to take advantage of it this year. McCown is likely to start the season but my guess is that Darnold gets in rather quickly. They know developing him is the only chance for them to be good in the next several years. I say they are boring because they have mediocre talent at the skill positions, guys that get the job done but none that have explosiveness to take a team to the next level, hopefully for the Jets, Darnold will develop into that guy.