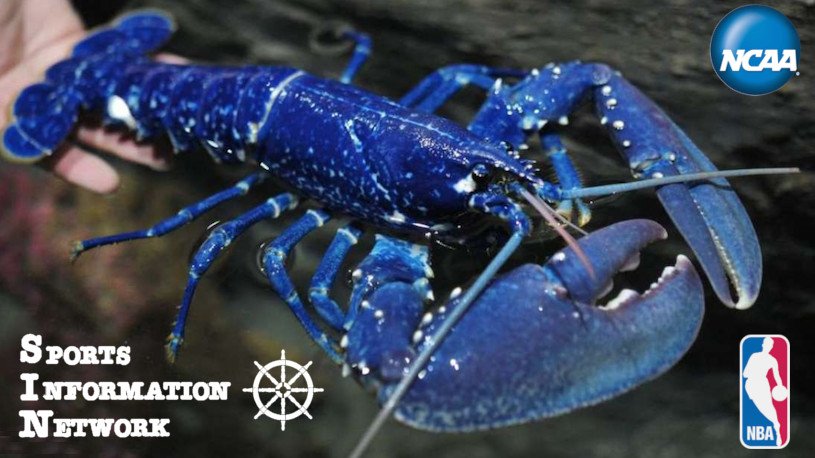 If there’s one thing that running this website has taught me, it’s that people love free picks. Sure many of you also like to buy them, but when it comes to “something for nothing”, the floodgate of requests flow in. And that’s absolutely fine – after all, we are Champions of the People and the Sports Information Network has always tried to bring as many of you along for the ride as we can.

In that spirit, Liam Mahoney has now decided to invite you all aboard his wild gambling ride and will send you all of his picks for free for the next three weeks. And as most of you already know, us giving away free picks these days is as rare as catching a blue lobster in your trap.

People have been messaging us nonstop asking if we’re doing NBA or March Madness this year and we’ve finally figured it out. As I always try to explain: the guys who give out picks on this site really don’t want to do it. I have to hunt them down and remind them how they’re helping to change people’s lives for the better. They all make more than enough money with tons of bets every day spread out over multiple accounts. So yes, you’re welcome…again.

We wanted to do a paid NBA tout for the 2018/19 season but Liam’s response was basically, “I’d want to tell people what we’re selling and I couldn’t commit to a set schedule.” Well that’s just great, Jack Ass…I guess we’re all supposed to suffer then? Hell no. So yet again I felt the need to come to the rescue of our hundreds of thousands of fans and save the day.

Here’s the actual email we sent out to our members this morning explaining what’s going on:

Many of you have been asking if we’re going to be doing an NCAAB and/or NBA tout and we’ve come to a decision. We will be doing a March Madness tout as well as an NBA Playoff tout this year. Liam has a very full and erratic schedule and didn’t want to commit to providing NBA plays on set days. I told him that we could charge a small amount for the tout and then he could send out whatever he could and people would probably be happy, but that was not agreeable to him.

Therefore, until Monday March 18th Liam Mahoney has decided to give picks away for free to whomever opts-in to receive them. These will work in the same way as his successful NCAA College Bowl Tout: he bets what he likes, then emails out what he just took. Usually these are very sharp plays and the lines don’t last long so you should be in a position to get them quickly.

He is doing this so everyone knows what they can expect for his paid touts. As I mentioned, he’s very busy but successfully gambles constantly, so I’m trying to talk him into selling a “Pocket Picks Package” that’s basically a monthly subscription to get all of his picks for all sports. The main hurdle here is that we can’t tell you what we’re selling because we have no idea what’s going to be available, and as you all know, honesty is of the utmost importance around here.

You could easily see a few more sports get sent out since he also hammers NHL, MLB, tennis, and pretty much everything else out there.

Please respond to this email and opt in if you would like to get all of Liam’s personal plays sent to your phone for the next few weeks for free.

So if you’d like to hop on The Pain Train for free, simply DM SIN on Twitter and give us an email and I’ll put you on the mailing list. You’ll then get all of his personal picks for the next three weeks to give you a taste of what he’s all about. Spoiler alert: his biography will be titled, The Art of Winning.

Also, we know recaps for NCAAF and NFL Playoffs are owed but we’ve been too busy to get them done. I’ll try to bang them out this week, or is there anyone out there who wants to help us publish content? There’s just too much winning going on around here to stay on top of it all.