How to Fix Anthem Protests 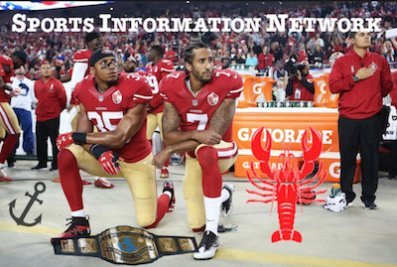 ***The following is a guest article by occasional SIN contributor Dick Knotts. His opinions are his alone and not necessarily those of this website.***

Congratulations NFL owners, you did the one thing that could get me out of my writing retirement: be racist. Thanks! It feels good to be back, if only for one article. I thought of this solution a while ago but I didn’t publish it because I’m lazy and I thought that someone much smarter than me would have a better idea. However, I haven’t seen anything in the media so I guess it has to be me who puts an end to the drama. You’re welcome, America.

The main problem with anthem protests since the moment that Colin Kaepernick first took a knee is that it’s very hard to “know” when police brutality against minorities is over, so how can you tell when you’ve actually “won” the fight and brought about real change? Sure players knew what they were asking for, but it’s virtually impossible for them to know when they can finally stand up for the national anthem with pride. Well, that’s all in the past now because this article has the solution.

Before we begin, let me be clear: many of the police in America are good, honest, trustworthy people with morals and decency. However, some are not.

In every police station across the USA there’s a room with a polygraph machine or “lie detector test” in it. It’s normally used on those accused of crimes to help guide investigations, but what if we flipped the script and made the people sworn to uphold the law take polygraph tests as well? A few simple questions while hooked up to the machine would probably help combat the systemic racism plaguing many law enforcement departments from coast to coast. 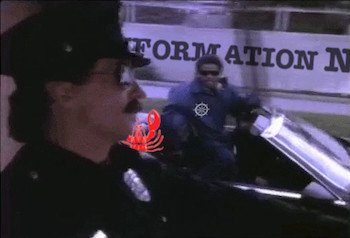 In most jurisdictions across the United States, it’s already mandatory for every new police recruit to pass a lie detector test before confirmed as members of the force. Usually they’re asked questions to determine their character, for example if they’ve ever stolen something, or god forbid, ever used drugs. If they fail these tests for any reason they’re rejected from the department and forced to take similar yet less-glamorous jobs like shopping mall security guard or office tower night watchman. If they don’t pass, they’re not a cop.

So why don’t we as a democratic society demand that our police recruits also answer a few more questions while still hooked up to the ol’ Truth Machine? This makes perfect sense and would be simple to implement. I mean, just look at a few of the standard queries asked today:

Benign questions like these are what determines if a person has the judgement and character to be trusted with authority over community members while investigating “crimes”. Shouldn’t these recruits be asked a couple of more things to see if they’re fit to wear a badge and a gun? Ya, what the hell!

So I thought of a few extra questions to add to the end of interviews that I think everyone in the community would want to know answers to:

WOW! How’s that for a start? And that’s only SIX questions! Please read them again. Are they more important than such disqualifying queries as, “Have you ever stolen a chocolate bar?” or “Have you ever taken a marijuana?”? How in the Holy Hell are versions of those six questions not already included in standard interviews of every police department in America to help identify racist recruits? Ok, I’ll give you the answer, it’s because America is inherently racist. Sorry, but it’s true.

The great thing about this polygraph solution is that no matter your race, your political affiliation, your time spent in the military or any other thing that politicians have tricked you into associating with the anthem of the United States of America, you have to admit that it would be very effective. Maybe too effective, if you know what I mean.

Oh, and you’d better believe the tests should also be given to every current officer out there on patrol too, especially Baltimore. “Have you ever committed a crime while employed as a policeman?” Yup, I think I just heard the sound of entire precincts collectively wetting themselves. (And it’s music to the ears.)

Anthem protests in the NFL will only stop when players feel that it’s ok to stand up for the Star Spangled Banner again. Well, in my humble opinion they should only stand in cities with police departments who have adopted the new gold standard for interviewing candidates, henceforth known as The Kaepernick Clause. He lost his career due to trying to save people from being legally executed in the streets, he deserves a little recognition for his efforts. 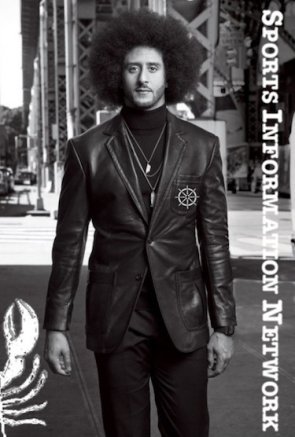 I know it’s not the same as hoisting the Lombardi Trophy, but this honor is actually much better. Kaepernick could eventually get statues in multiple cities throughout the United States and tons of streets named after him, all after being forced to watch NFL games from his living room instead of where he truly belongs, on the field. I’m not going to make any brash comparisons to historical figures, but in 2018 doesn’t it seem like America desperately needs a respected voice to speak out for racial equality?

And please get it straight: NFL players never wanted to disrespect the country, the flag, veterans, or any of the other red herrings waved around by Fox & Friends. They simply wanted to end the excessive and habitual brutality against African-Americans by white cops across The Land of the Free. Not really an unreasonable request, right?

Which Cities Should NFL Players Stand In?

Now we get to the really easy part of this solution. From here on in, the only cities NFL players should stand in are those that have adopted The Kaepernick Clause and asked all of their active police force if they’re racist while hooked up to polygraph machines. Again, my six sample questions above could really kick off an interesting dialogue.

So if the Denver Police Department completes full testing of their force and gets rid of the bad apples, everyone stands for the anthem when playing in Denver. New Orleans hasn’t adopted the policy yet? Take a knee when playing in the Mercedes-Benz Superdome. And after a few years, if every city who has an NFL team has done testing except for Pittsburgh, Los Angeles, Washington, Buffalo, Cincinnati, Seattle, and Chicago, guess which 7 cities players don’t stand up in? And you really shouldn’t have to ask why I chose those cities as examples.

In any event, if police can’t pass a simple “Biggot Test” they shouldn’t be “serving and protecting” communities any longer. They’re racists and possibly one of the white supremacists who infiltrated law enforcement over the past few years to legally kill black people. FYI: After researching this topic for over 2 days, I now think that Americans of every color should be a lot more frightened of white supremacists than they currently are.

So the major criticism of this idea is going to be “lie detectors aren’t perfect” and that’s an absolutely valid criticism to have, because technically they aren’t “lie detector tests”, they’re “polygraph tests” designed to record reactions. It seems experts agree results can be anywhere between 70 and 90 percent accurate, which of course leaves a lot of room for error. And in the same way I don’t want bad cops staying on the force, I don’t want good cops getting the boot for registering a phantom fail. 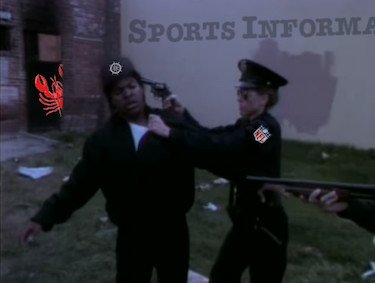 So how do we ensure that police aren’t falsely flagged as being racist? We simply need to look at the numbers and decide what we as a society are comfortable with. We asked a few math experts and if we took the lower accuracy rate of 70% that skeptics provide, the odds of test not getting a correct result after it was administered 10 times would be (0.3)^10, or as a full number, 0.00059049%. (With the actual equation given to us by math wiz Nick Primiani being (0.3)^10 multiplied by 100.)

To put this number into gambling terms, we’ll quote Bo the Twitter Mathematician who confirmed the above numbers, it’s basically like losing 10 straight -230 bets, which would be absolutely insane. Yes, it feels like these numbers are wrong but math says otherwise.

Therefore, I say we give every cop 10 chances to pass The Kaepernick Clause before getting unceremoniously drummed out of the department. Now I can hear some screaming, “What about the microscopic number of innocent people this will effect?” but your cries are falling on deaf ears. This new solution is for the greater good of the country, we can’t be concerned with a few casualties. In fact, if you are against the Kaepernick Clause you are against truth, justice, and the American Way of Life.

Are you really saying this is a number that you couldn’t live with? A 0.00059049% chance we’re incorrectly firing someone who’s actually not racist? Personally, I’m totally cool with those odds and I think there might be a few million Americans out there who feel the same.

Speaking of math, lets look at what could actually be achieved with this solution. There are 32 NFL teams in 30 different cities across the U.S., so The Kaepernick Clause could ensure that approximately 136,000,000 American citizens are protected by police who have 99.99% proven themselves not to be racist. Yes, the entire population of the country is around 326 million, which means the Kaep Clause would only effect 42% of people, but isn’t that a helluva good start?

Just think, if NCAA football teams adopted the same practice, almost every major police department in the country would be cleansed of bigots in no time. Now that’s something we can all stand up for. Right?

Oh, it would also probably be pretty easy to mandate that every policeman wore functioning body cameras with every second of footage getting recorded and reviewed by independent watchdogs, but I’ll save that idea for another article.

If you disagree with the solution outlined above, feel free to write your own article and send it to me and if it’s good, I’ll share it on all our platforms. And if this idea has already been published somewhere before, I haven’t seen it, so send me the link and I will post it here giving credit. Are there any police departments in the USA already possessing their own version of The Kaepernick Clause? I couldn’t find any.

However, if this solution is new and you do agree with it, please share this article with the hashtag #BlueTestsMatter, or whatever hashtag you can come up with that’s better than that. I’d love to see a day when cops have to pass polygraphs asking important questions to weed out racists. Those left on the force would enjoy a newfound respect from everyone in their community. The bad get punished and the good get rewarded.

***This article is dedicated to the greatest living sports journalist in the world, Michael Wilbon.***

Other articles by Dick Knotts: How to Eliminate Sports Ticket Scalping