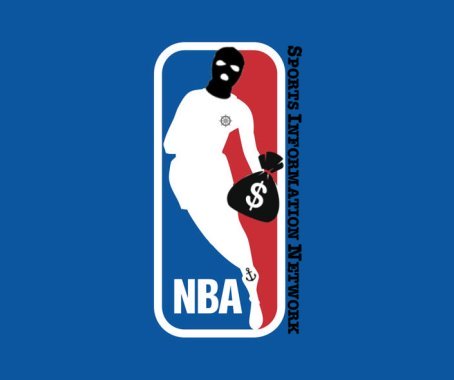 News broke yesterday the NBA had formally requested laws be put in place to legalize sports betting in the United States. So nice of them to acknowledge that Americans should be able to spend money as they see fit.

They, being the National Basketball Association and ‘see fit’ being “Hey boys, let’s see how much money we can fit in to this sack.” 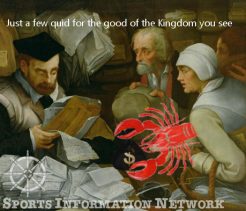 The lack of integrity fee is calculated off of all total handle (total amount staked) generated betting on NBA games. 1% may not seem like much to the average poor person, but the oligarchs have clearly done the math on just how lucrative such a deal would be for them.

During the period December 2016 to November 2017, Las Vegas reported an estimated $1,000,000,000 dollars in total NBA handle. Based off of their proposal, this would generate around $10,000,000 dollars in additional revenue to the league. While the media would have you believe Las Vegas is the epicenter for action and thus money risked, we at Sports Information Network know Las Vegas casino truths and they’re a relatively small fish in the online industry.

The real money comes into play when factoring in what’s staked outside of the well worn carpets Vegas books. Conservatively, total exposure during a calendar year in the United States is around $250 billion dollars, taking into account offshore and local bookies, netting the NBA somewhere north of $250 million per year in exchange for doing literally nothing.

Great deal if you can get it. 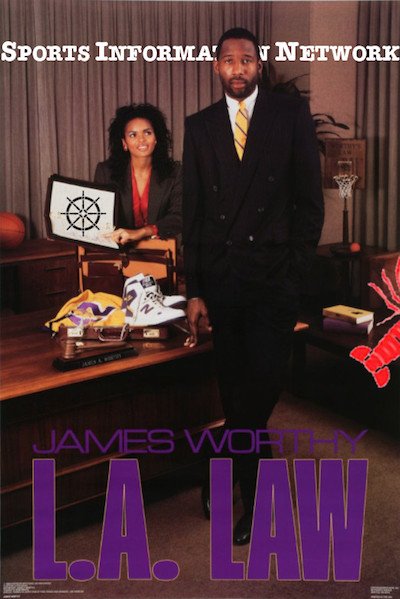 They’re not done, requesting that restrictions confining action to Casinos and Racetracks be lifted in favor of kiosks and mobile capabilities. The league that was once completely against this industry now wishes to place it at fingertips 24/7/365, causing integrity fees to quickly become more valuable than TV rights deals.

What this means to the common fan (of gambling), is that you can expect to pay higher juice when getting down in order to accommodate the leagues. Whether it’s all state run like in Canada, or licensed out to operators currently in the space, the donkey at the end of the line can expect -120/-120 on spreads once new laws come to pass.

Come to pass they will, as the States will be more than happy to pay off the Sports Leagues to move them from opposition to supporter, it won’t hurt the States bottom line, if anything it will increase it as the increase in juice should more than offset the 1% loss off the top.

On the plus side, the pursuit will be widely available to all Americans, not that it isn’t already, but one could expect that along with the easing of restrictions, regulations placed on financial institutions preventing transactions destined for the activity ease too.

Handle will sky rocket, while those in the right position on both sides of the counter stand to make a killing during the initial rush to get down.

Media types will screech that the integrity fee is too little to prevent corruption and match fixing, something the NBA is all too familiar with, while claiming that the potential for player bribery increases to untold levels.

Our own Dick Knotts even said the main threat is towards players families, as if we live in freakin’ Ecuador.

More likely, everything will carry on as per usual. Major European leagues have dealt with the threat of corruption for several years and apart from the Italians, have succeeded admirably in flushing out match fixers from top tier leagues.

Given the concentration of talent in top tier North American leagues and the potential for massive player contracts funded by gambling, the risk involved for a player to cheat will be far too great for the quick payoff.

Besides, there’s no need for match fixing when you can simply purchase Sports Information Network NBA picks to generate massive revenues. More than enough winners to go around now, we can only imagine how many there will be once the market is full of soft money.