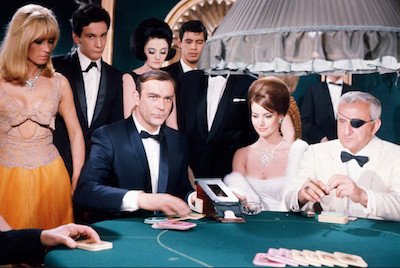 For some ridiculous reason a popular saying goes, A tie in sports is like kissing your sister. I’ve learned to understand it after time but many people take this phrase at face value and don’t get its true meaning. It’s actually a cruel joke. Kissing your sister is 100% net-negative. You just committed incest you dumb stump. That’s the joke. Ties are terrible. Don’t kiss your sister and don’t be happy when your softball game gets called off in the 5th inning with 5 runs a piece. Both are sick for basically the same reason.

If ties were ever something that could be considered “good”, the saying should be, “if you tie in sports it’s like kissing your beautiful second cousin from France who looks nothing like your immediate family and is only visiting for the weekend.” That makes a lot more sense. You kissed a beautiful girl you’ll never see again, you practiced your tongue work, and it was pretty much like kissing a real girl….a girl not reeeally related to you. But at the end of the day, she is still related to you, Cletus.

This aside, if getting down on sports and breaking even, it can actually be viewed as something decent occasionally depending on the situation. Take it from me – I’ve gambled like an idiot for well over a decade. It took me $10,000 over 8 weeks to realize Let Em’ Ride is best suited for drunks and gypsies. (I was both at the time). I used to be terrible but I slowly started learning from my mistakes. However, it was only after losing $1,950 on blackjack one night when I really couldn’t afford it, I learned sometimes breaking even is absolutely freakin’ amazing. 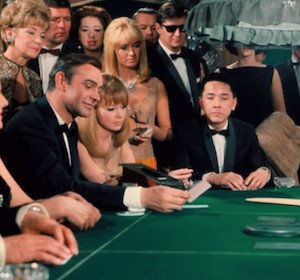 The year was 2005 and I was on a west coast trip with my girlfriend at the time and it was supposed to be our first “real” vacation, and obviously we’d be shelling out a lot of cash. The first night we decided to stay out by the airport because we got in late and were planning on going directly to Whistler the next morning. She went to bed early like she always did, so I jumped in a cab and headed to the closest casino…with the $2,000 in cash I had saved for the trip.

I decided I’d play blackjack, only spend a maximum of $300, but do it on a $50 minimum table. I figured I’d “go big or go home” and either lose the $300 quickly or get an extra couple of hundred to really eat well for the week. So the $300 evaporated after 6 hands and you already know by now that your boy D-Knot got a self-control problem, so you can be damn sure I fired down another $300 and promptly lost it after about 8 hands. And you definitely already know the other $1,400 got dumped on the table while the dealer repeatedly kicked me square in the junk. Another losing session for another terrible customer. Nothing new at all.

However, on my last $50 I didn’t have any more chips to double down with and I had an 11 against a 5. I was ready to just tip the table over and spend the week in jail instead of drinking over-priced cocktails in a crappy Whistler bar surrounded by douchebags in turtlenecks, but that’s when the Vietnamese dude next to me draped in gold just threw me two $25 chips and smiled, You’re due for a win, Shooter.

I thought he was just rubbing it in since he had more gold on his neck and hands than I’d ever seen, and he also had pretty much the hottest Asian wife ever. Red dress, indifferent attitude, and she couldn’t give a flaming shit what was happening at the table. Her life at that moment was great without gambling, had always been great without gambling, and would continue to be great without gambling thanks to this smug prick that just threw me a chip. At least in that moment of anger I thought he was a smug prick. In reality he was probably a self-made rich dude who took pity on yours truly, and more importantly didn’t want to see an 11 against a dealer bust card go to waste.

Obviously I took the chip, obviously I doubled my 11, obviously the dealer busted, and obviously the mood changed immediately. The two Vancouver pretty boys busted and left in a huff while me and my new best friend high-fived. From there, me and Vietnamese Hugh Hefner went on a solid run that got my stack back and I’ve never in my life been so happy to have $2,000 in chips in front of me. 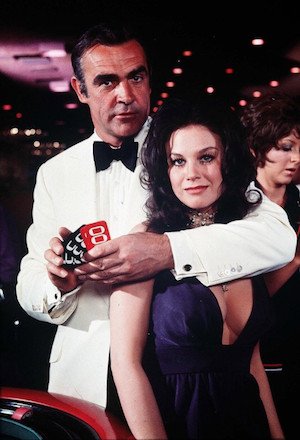 I had paid back the $50 to my boy, gotten back the money I started with, and was going to keep playing. That’s when I had my epiphany – sometimes breaking even is absolutely amazing…get out while you can. I gathered my chips, shook hands with Goldie, ogled his wife one last time, ran to the bathroom to have a stress poop, cashed in, cabbed back to the hotel, and still managed to get a few hours sleep next to my girlfriend who was oblivious to the fact I almost ruined the entire trip. Sometimes breaking even is absolutely amazing.

Fast forward to last week’s NFL picks: they all looked great, (like always), but when I finished my roast beef dinner with the wife and checked my sportsbook balance, I was shocked to see that I ended up with less than I had started with…however, only down overall by 2 units. And if you didn’t grasp the moral of this story, sometimes losing 2 units on 64 bets is pretty great. Am I happy? Hell no. It’s not a joke that I eat lobster literally twice a week – it’s simply the life I’m accustomed to now. And the last couple of weeks I haven’t gone out for anything except cheeseburgers. But that’s the game. That’s how it works. When you gamble you hit losing streaks. And that’s what we’re on now. Sorry, let me clarify – we’re on a “breaking even streak”.

So why should you care that we publish our full list of action every week? Well, I’m going to assume if you’re reading this you probably buy picks online. When is the last time you ever bought plays from a website that freely admitted they went less than 55%? Ummm never? This is because all online touts hide their records and fudge stats by increasing number of units placed on picks until they finally win and break even. Or they basically blame you, the subscriber, for screwing up their system somehow.

Well not here at the gambling industry’s premier source for sports information because we have been, and always will be, 100% transparent with our record. Even when it stinks. And this week we were 2 under .500, but could have been a lot better because many props only missed hitting by a few yards. But that’s how it goes sometimes, unfortunately.

Here’s how we screwed up this week and only won 48% of action..and tongue kissed our beautiful French cousin.

So, did everyone reading this get that close to breaking even last week? If yes, power to you – please never darken this website again. You don’t need us. You’re actually doing pretty good. Congrats. To everyone else out there who couldn’t string two plays together and stepped in their own dookie, what are you waiting for? At least if knowing how to buy NFL picks from us you have someone else to blame for losing. Think about it.

Oh, and if you don’t think AnonymousGamblr isn’t absolutely livid about last week’s results, you obviously know nothing about him or what we’re trying to accomplish here. He’s pissed. Now let’s see if he can channel his anger into some winning picks…Lobsters ain’t cheap this time of year…