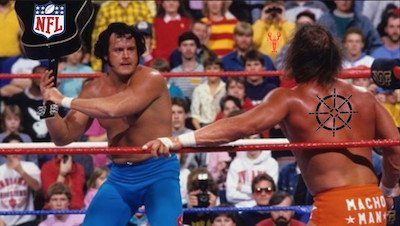 When I was in my 2nd year of university I lived with three other animals in a terrible apartment on the south side of town. It was barely within walking distance of school and every wall in the place was cracked and leaking some kind of strange brown ooze that smelled like a mix of hot garbage and rat droppings. We didn’t care. It was home. We partied there, we got laid there, and we cobbled together shitty betting strategies that broke even… if we were lucky.

The four of us had an unspoken rule: if you had a girl coming over you had to ask her to bring McDonald’s. You would usually just say, “please bring a bag of cheeseburgers for the crew”. Ideally she would bring a swollen greasy bag that was overflowing with the only things in the world that you could possibly eat after three solid months of binge drinking – McDicks flat iron cheeseburgers.

Occasionally a few of us would “date above our means” and court a young lass that came from obscene wealth, (let the record show that they were few and far between). These girls would hear “cheeseburgers” and end up bringing Quarter Pounders and/or Big Macs instead of the wretched meat sponges that we were used to. Yes the McDonald’s cheeseburger is wonderful when you need it, but as soon as you have more than $5 in your pocket they become the worst thing that you’ll ever see in your life.

For those of you who have never been in this situation, please understand that these evenings with “gourmet hamburgers” were tantamount to hitting a 4 game parlay and not needing the winnings and spending the cash on a night out with the boys. The type of night where you don’t care about how much Jägerbombs cost – you’re going to do 10 of them no matter what. However, most nights we only had greasy sacks of flat cheeseburgers in an apartment that should have been condemned.

This past week the Sports Information Network gave their members a big, saggy, greasy, swollen bag of flat McDonald’s cheeseburgers that somehow still ended up breaking even. I’m sure that some people were just happy to eat, but at the end of the day, we want to be the kind of chick that brings over a bag of Quarter Pounders and makes the boys swoon. 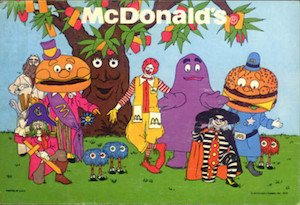 Anyway, sometimes there’s a fork in the road of life, and this particular fork came in the form of a fantastically awkward girl named “Stef”. She was a great girl who had nothing but love in her heart and a soft spot for groups of assholes who didn’t have two dollars to rub together to start a fire to dry their gym shorts. She had also heard how our apartment full of miscreants would bow down to any girl that brought them anything better than plain cheeseburgers. So what did that amazing young woman do? She brought us two full bags of McDonald’s that were NOT dripping with grease, did NOT look like every other bag that girls sheepishly brought into our crack house – they were definitely different. What was in them? TEN motherfuckin’ Happy Meals!!

You read that correctly. Instead of bringing our group of depraved wolves the same bag of soggy cheeseburgers that so many girls before her had brought in, she decided that she would be different…and bring us the SAME goddam cheeseburgers, but surrounded by fries and a plastic piece of crap that probably killed 6 stupid kids somewhere down south. So did we lash out at Stef in anger for being stupid, crazy, incompetent, or some mix thereof? HELL NO. We laughed our asses off as we played with the toys, feasted on the foreign fired potato strings, and enjoyed cheeseburgers that had never, ever, tasted better. Presentation is everything.

So 20 years later I’d like to take a moment to thank Stef and wish her well. You really have no idea how amazing that night was for us. I’m sorry that our roommate probably gave you crabs and ended up breaking your heart for absolutely no reason. You were an amazing girl and I’m sure that you’ve had a fantastic life surrounded by loving individuals. Thank you.

So obviously y’all know that these days I’m used to eating lobster or anything else on the menu that is grossly overpriced, but this week I’m forced to eat cheeseburgers. I’ve officially been downgraded from BigMacs, which I didn’t think was possible. I’m eating flat greasy cheeseburgers and they taste like humility. But trust me – I’ve eaten them before, and I’ll eat them again. The flavor takes me back to a special place…a place that every gambler will be in now and again.

However, the moral of this story is that I still get to eat. We barely broke even but that’s a lot better than any other tout service did this week on the internet, right? Feel free to prove me wrong if you buy NFL gambling picks from another source that did better than ours.

And Stef – if you ever end up reading this ridiculous ode to your generosity, please know that I still have my Riddler Happy Meal toy on my desk. You’re the best. 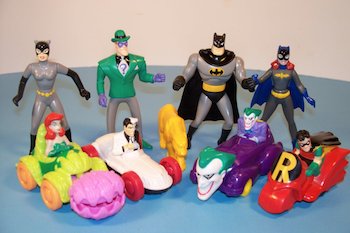