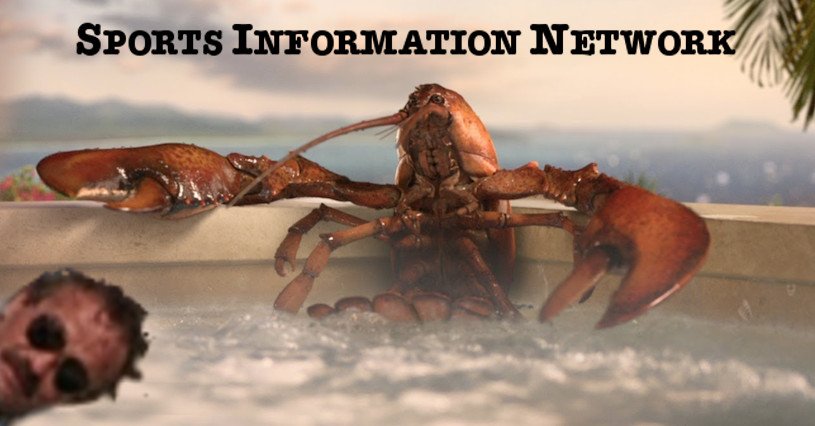 Fans were owed this update a while ago but as they say, life gets in the way. Everyone involved in Sports Information Network is obviously quite busy with getting down, taking numerous luxury vacations to Central America, and of course, searching out the finest lobsters in the world (whilst always pairing with the perfect wine).

So let’s get to the main question people have sent over the last few months, Where the f*** is the best NFL gambling prediction model the world has ever seen? Well, it technically didn’t go anywhere and has been used each and every week throughout the 2019 season to earn specific SIN members hundreds of thousands of dollars. The only difference is it wasn’t made available for sale to the public this year.

The decision not to tout for 2019 was a hard one, but one that had to be taken nonetheless. Multiple factors came into play: no one wanted to screw around with Pay Pal nor responsible for emailing out plays 3 to 10 times a week, the former Captain was unable to provide his amazing game plays in addition to props sheets, everything falling apart quite naturally. Sad!

However, in my humble opinion, the #1 reason it didn’t happen is because… no one cared. Honestly, the stable geniuses making the sheets and prediction models didn’t care if they sold them. As written a million times, they don’t need the money and never did. Week after week I would bang the drum and explain to the Internet that these guys were basically doing it as a favor to me because I hounded them for years every time we got together to party. I honestly felt (and still feel) their talents should be shared with the world.

Finally, I caught them at a moment of extreme weakness around a bonfire in late August of 2017 and made them all promise we would do it. When they all sobered up a few days later and realized what they had agreed to, they hated me for it (and rightly so), but still agreed to proceed with the venture because they are men of their words. Tony Montana said it best, All I have in this world is my word and my balls – and I don’t break them for nobody.

So during the 2017 season we stumbled through and learned on the fly how to run a business such as this. There were customer service issues, Where are the picks? Are the picks coming? Did you already send the picks? etc. There were payment issues, I can’t buy through Pay Pal because my wife will find out – do you take Ripple? And sometimes even angry strangers bitched on Twitter, Hey! The free plays you gave out lost! WTF! Now do you understand how extremely wealthy professionals who already hate everything and everybody might have quickly gotten tired with the tout business?

Of course the above situations were rare in comparison to the large number of great individuals we met throughout. As someone who had never Tweeted before, joined Facebook groups, or really talked to strangers of any kind, I was quite surprised with the quality of people I ended up “eMeeting” and conversing with. Twitter is so strange to me – those who Tweet publicly are shit-talking 99% of the time (me included) but those who lurk and just DM are actually quite nice. We even found a few extra members like Buster “Blue Moon” Babbitt and Doc Holloway and extended a platform for their products (see – we really are nice guys!).

Anyway, the process was fun, we won more often than lost, and most importantly, it made people happy. Remember – I know absolutely nothing about skilled advantage plays and am a textbook “retail”, enjoying nothing more than donking away “bankrolls” on 8 team parlays, so I benefited more than most. I know I’m stupid, won’t win, and I really don’t give a crap – it’s just how I like to get down. That’s why these other guys always make fun of me whenever we meet up – we all make stacks via the best professional NFL betting system ever created, but I’m the only idiot who wastes the vast majority on stupid action that never has a chance of success. Meh, whatever.

The Most Trusted Gambling Experts in the World

One fantastic silver lining comes from not selling packages for 2019 and it can never be taken away from us: now everyone in the world knows they can trust Sports Information Network 100% to always deliver a quality product,  (if one was offered in the future, that is). It would have been very easy to claim we were going to tout again, snatch everyone’s payments, send out garbage sheets for a few weeks, and then back our bags and close the site down before anyone figured out the scam. Don’t scoff – this has happened tons of times in this “exciting and honorable” industry. 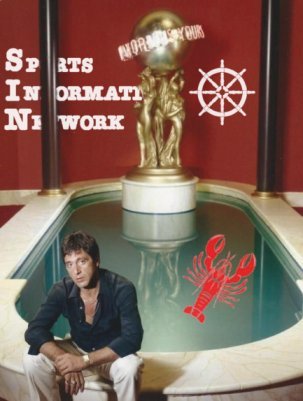 Although, those with us from the beginning know the above scenario would never happen because again, no one here needs any loot and we’re literally Touts of the People. It’s fun to share gambling secrets and increase “Wine Funds” in the process, but this actually leads us to what I *think* was another reason a few of the boys pulled out: recognition.

Now in order to fully understand the mindset of professionals it’s necessary to know what drives them. Of course cash is #1, but one thing unifying them all (based on my many years of experience) is they all love to be right. It’s the greatest feeling in the world to them. This is why these jackasses stake anything fr0m “which elevator door will open first” to “what type of drinks did the table across the restaurant order”. Sure they’re filthy degenerates at their cores, but what really gets them high is the smug feeling of predicting something correctly.

Therefore, when two of the guys teamed up to sell two full seasons of winning NFL picks and didn’t get mentioned in one of the millions of relevant articles published on the internet, I’m sure that hurt their pride a little. They gave members gains, were fully transparent with results each week, yet none of the so called “industry leaders” came asking for an interview. Even though thousands of sites were now scrambling to pump out as much “Las Vegas Style” content as possible to try to get in on the gravy train pulling up to the station.

Of course, I have no way of proving this is how they truly felt, so you’ll just have to trust my instincts on this one. Go look at the number of accounts following some of these Twitter Douchebag Touts who have no idea what they’re talking about and then look at the SIN account. Well actually, I probably have to personally take the blame for that one – I guess the world just wasn’t ready for lobster-based sports gambling entertainment.

Since I’m sure you’re all dying to know, here are some quick updates on various SIN members. Some reports are fresher than others because it’s impossible to keep tabs on everyone in this motley crew and they’re always bouncing around the planet. As always, you couldn’t make this stuff up.

Still holds the status of “no longer affiliated with this website” and is regularly spotted at the Del Rey “Hotel”, usually throwing around cash, drinks, and terrible opinions to anyone stupid enough to sit next to him for longer than 30 seconds. It’s been reported he’s leading a shallow life revolving around his enormous personal wealth, while secretly loathing the person he’s become. Money doesn’t buy happiness, folks – only lobsters.

This peculiar recluse who happens to create amazing football player prop prediction models has basically dropped off the face of the earth. He no longer joins the group for weekly smoked meat sandwiches or occasional fine dining and is presumably sitting in his basement in front of a wall of televisions and phoning in action to numerous bookies at this very moment. We hope to see him again one day.

The cleanest, soberest, and most professional member of Sports Information Network by far, Liam has continued to do what he does best: grind out a spectacular living by finding edges in the betting market and hammering weak lines. He of course has his own prediction models and methods that have proven to be highly lucrative. Liam shows no signs of slowing down and I might even be able to talk him into doing a NCAAF Bowl package in a few weeks – keep your fingers crossed.

Angelo and Maurizio realized their NBA prediction model worked so damn well they didn’t need nor want to sell it anymore. This is totally understandable and we wish them well – in fact, A.G. still gets his hair cut there. Anyway, the stereotypical Italian brothers use their prediction model to fleece any offshore real money sportsbook that’ll accept their action and word has it these two Mediterranean Meatballs now have a few extra luxury cars parked in their driveways.

It’s also worth noting that Angelo basically became a millionaire when he sold his Ripple at it’s peak of $3 a while back so it was only a matter of time before he bailed on this revolutionary conglomerate.

Speaking of family members you can’t legally separate from, Dick Knotts is still on a life-long bender, inhaling any alcoholic beverages or crustaceans placed in front of him. He’s still in Central America, still on a beach, and is probably still the crankiest bastard around for hundreds of miles. The boys started a death pool for him and someone actually took under 2023 – here’s hoping they’re wrong and Richard can turn his life around.

So what of your faithful friend and humble narrator? Well, as a result of the excellent content and graphic design you’ve all enjoyed on this website over the past few years, I was head-hunted for some contract work, which of course isn’t surprising at all. My memes are breathtaking. Then that ended and I moved on, but that’s a story for another day.

Rest assured that I will continue to pester the SIN Syndicate to offer more services in the future. However, since cash was never a motivator and they now shun fame, it’s definitely going to be an uphill battle.