Where Will LeBron James Go: Summer 2018 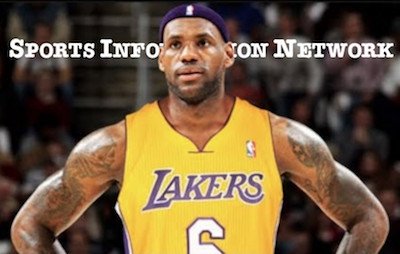 They say that timing is everything and who am I to disagree? Especially after I learned that lesson the hard way last week when I saw the amazing conclusion in this article had been published somewhere else first, (yes I’m talking about the Celtics being the best destination for Lebron). The good news is the expert I consult with on this stuff actually changed his mind on where he thinks King James will land for the 2018/19 season and if assuming he changed it immediately after word broke about Kawhi Leonard wanting out of San Antonio, you’re correct. So since we didn’t embarrass ourselves guaranteeing LeBron would go to Boston, let’s pretend we never felt that way and keep guessing.

The main thing to remember is that this stage of his career is more about Lebron the Brand and not Lebron the Player, so Los Angeles makes a ton of sense – and no Steve Balmer, I’m not talking about the sinking Clippers. The problem is the Lakers are not a contender now, and shouldn’t be one for the foreseeable future. That is, unless they make a few massive signings this summer.

Readers already know BetOnline is a top recommended sportsbook due to player-friendly lines and amount of products offered, so it shouldn’t come as any surprise these studs released odds for Lebron’s new 2018 team. Most lines make sense but a few head-scratchers are sprinkled in. Bookmakers always love to wave a few red herrings around but skilled professionals know to dive deep to find true value.

When starting this article two weeks ago, this was the smartest move available to LeBron because he could make Boston do a sign-and-trade sending Kyrie Irving back to Cleveland, punishing him for his insolence and running away from the King. And really, how great would that be? This move would actually be fantastic for him for many reasons: instant contender, the most historic NBA franchise, great basketball city, bright spotlight, etc.

In addition to joining an amazing team, (one of the proudest teams in all of sports), build his brand and stick it to the punk that cut and run from a championship calibre team due to his massive ego? It just made too much sense…that is, until we knew for sure that Kawhi wanted to bounce from the Spurs.

Oh, the Celtics also have one of the best coaches around so LeBron wouldn’t have to do that job and could concentrate on playing. Anyway, never mind because sadly, this isn’t happening.

The Rockets are in play because of low state income tax and Championship-ready roster, not to mention solid organizational culture led by Daryl Morey who looked squarely at Golden State and said, “We’re coming after you.” However, they’d have to gut too much of their team to sign him and would look like chumps after building everything up around Harden just to hand over the helm to an aging newbie.

Houston doesn’t really have a lot of cap space left and if thinking Bron-Bron is taking a pay-cut to signup, you’re dead wrong. He’s already firmly on record as feeling he’s given up too much over the years in hopes front offices would build something around him, only to be continuously disappointed. Although, Chris Paul could be on his way out, which could clear up some cap space…but maybe those two would actually like to play together somewhere else…

Lebron signing with the 76ers would be a shock, but it’s not entirely out of the question. A good young team that could win now, semi-historical franchise which he could get the ultimate credit of resurrecting. It’s possible, and there are more reasons to say “yes” than to say “no”, but this is still a long shot. Especially with Sixers apparently feeling like a Paul George calibre player could push them over the top, (which it of course wouldn’t – they’d need Kawhi Leonard or better for that).

Philly has an outside chance but smart money should be staked elsewhere.

Sticking with Cleveland would immediately give LeBron the title of “best/greatest/most honest sports star of all time”, but can he deal with constantly training the rotating cast of characters that get shipped in every 4 months to appease his demands for quality talent? Surely he must want some stability because ultimately any failure of the Cavaliers directly reflects on him since he’s basically the General Manager and President of the team, and is involved in each and every trade. Also, doesn’t he still hate owner Dan Snyder?

Recently, Brian Windhorst said on Pardon The Interruption he thinks James is going to stay in Cleveland and with the amount of inside knowledge that dude has, it’s certainly worth dropping a few bucks on The Factory of Sadness to keep their favorite son. Crazier things have happened.

So after going through all those options and realizing the Celtics move is just too outlandish, even for LeBron, we have to agree with BetOnline linesmakers and say that other than staying home, the Lakers are really the only sensible move. With Kawhi demanding a trade and Chris Paul reportedly sniffing around Laker front offices, the franchise could make an immediate run at a title with those three signings. Although in fairness, U.S. betting site MyBookie has Kawhi going to Los Angeles at +1200, with Sixers at +300 and Celtics the fave at +200.

If agreeing with bookies, go look at aforementioned BetOnline’s odds to win the NBA Championship and you’ll notice one team looks out of place. The Lakers are currently sitting at +500 to win it all, which puts them as second favorite behind the Warriors.

When taking everything into consideration, including LeBron’s massive L.A. mansion that he’s never really had a chance to live in, signing with the Lakers makes the most sense for him, his family, his career, and his brand. And if dummies like us can figure out the best destination for him this offseason, he surely can figure it out for himself. Lock this in: he’s going to become a Laker.

Other Teams in Contention to Get LeBron

Don’t get caught up in any other ridiculous fantasy of LeBron going somewhere else – it’s just not happening and you’ll be wasting units from your valuable bankroll. What about San Antonio at +1000? Nope. No cameras and not enough talent. Los Angeles Clippers at +2500? Not glamorous, second banana to the Lakers, and not zero talent. Hey! I can get the Miami Heat at +3300 to sign him this summer! Meh, ok, stake it since it makes more sense than the first two long shots mentioned.

Wait a second, what about America’s largest metropolis, New York City? Historic franchise in a town with lots of celebrities and star power, some great young talent, amazing owner who competently runs the franchise? Ya, just forget I mentioned them. 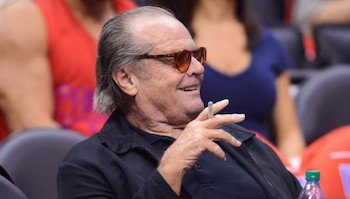