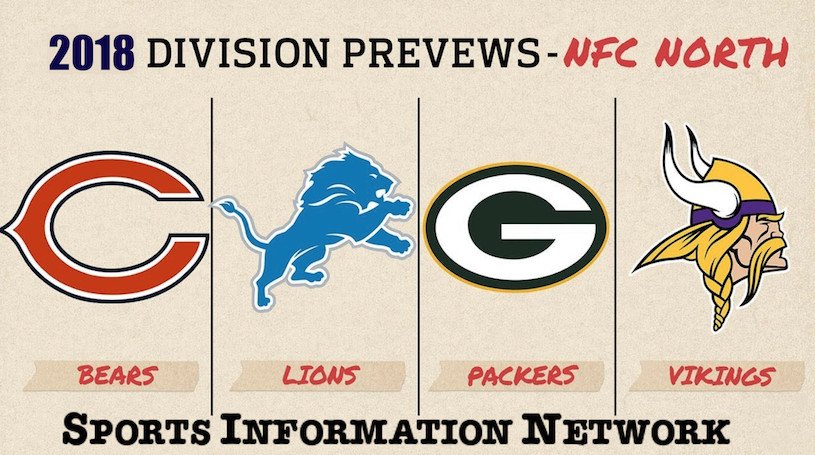 Favored in three games; TB, NYJ and DET all at home

Touchdown or worse dog in 1 game, dog of 3 or less in 8 games

I do look for Bears to be improved just can’t lay the juice on the over, I think they win six or seven games this year; I will be looking closely at their team totals each week, think this offense will be fast paced/higher scoring

Eric Ebron out, Luke Willson looks to be in line for the starting TE job

Touchdown or worse dog in 1 game, dog of 3 or less in 6 games

I don’t think the Lions have any trouble winning 8 games this year. Their WR are solid and have established chemistry with Stafford. While they don’t have a stud RB they have a stable of options that will get the job done.

Added Tramon Williams CB, Muhammed Wilkerson DE, first 3 draft picks were on the defensive side of the ball

Favored by 6 or more in five games

The Packers will win a tough NFC north this year, with the Vikings close behind. Rodgers coming back full strength plus the addition of several defensive pieces should have them ready to roll to 12-13 wins.

Lost Jerick McKinnon but get back healthy Dalvin Cook

Favored by 6.5 or more in five games

Minnesota has perhaps the best skill position group in the NFL with Diggs, Thielen, Rudolph and Cook and they should not have any issues putting points on the board. They win 11-12 games this year.