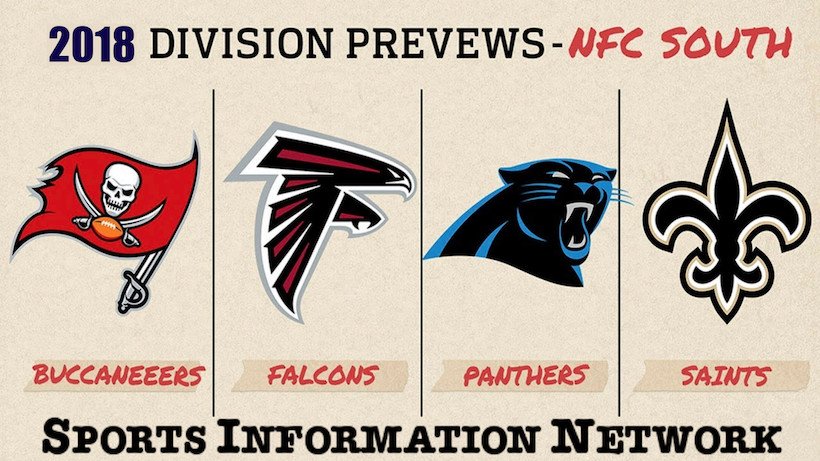 Favored by 6 points or more in 4 games; largest spread as an underdog is 5 points (week 1 @ PHI)

Falcons roll to 11 wins this year (if Julio plays). We already know their backfield and QB are solid, Julio is among the best in the league and the defense is middle of the road. Falcons won’t have any problem putting up points, just need the defense to hang on.

I honestly think they win 9 or 10 games this year, I’m not super confident on the over but I don’t like the juice on the under. I think Cam finds ways to win games and Torrey Smith / CJ Anderson will be helpful additions. Look for several close games from them this year.

Saints are only a dog (small dog) in 4 games this year, while many of the spreads are short I think they won’t have many issues. Their backfield is among the best in the league, we know Brees is a stud and Michael Thomas is emerging as one of the top WR talents in the league. Their defense was above average in most advanced metric categories last year. If they hold the Saints win 11 again this year.

Underdog of 5.5 points or more in 5 games