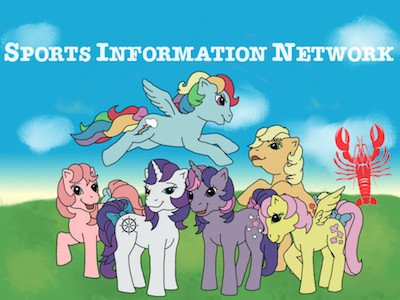 Well we might as well finish off the Triple Crown in style and go drink from Jacques Tannenbaum’s cup one more time. To remind you, he’s the horse racing expert around here, or maybe he just knows slightly more than the rest of us and that’s good enough. No matter what you think of him, his picks, or his meat stick addiction, he called Bravazo as his long shot Preakness Stakes bet and the boys cashed in on some fat exactas and place stakes. Remember – that horse was sitting at +2,000 when J.T. touted him so there was lots of gravy to feast on.

Anyway, he knew I was going to be calling him this week for suggestions so he had a few thoughts already prepared and blurted them out to me as quickly as possible so he could go back to staring blankly at his five televisions. As always, we’re not touting these as “professional picks”, we’re posting them so degens can feel better about their soon-to-be-losing action. Did I mention gambling is fun?

The first thing that Jacques wanted to stress to me was that Justify has run a lot this year and might be getting tired at this point in the season. So yet again, he believes that “Justify can’t justify the price”, and yes, he did drop that joke on me again. That said, most horse racing “experts” believe that Justify is unstoppable so who are we to argue with them? Ok, maybe we will…

Jacques went on to state that Hofburg trainer Bill Mott would not run him unless he felt that he had a chance to get in the winner’s circle. He’s known for keeping his horses cooped up in the stables and only busts them out when he thinks they can win. J.T. then fondly recalled that the old trainer of his horse was like that too. Ahhh memories. He finished his thought with, “these Saratoga horses are unpredictable”, so take that for what it’s worth. (Reminder: you didn’t pay to read this article.)

Now we get to the horses that could make you some money if they show up on Saturday. It’s simply impossible to resist throwing money away on a few long shot bets so you scream a little louder during the race. Now you’re not going to believe this but J.T. is back on Vino Rosso and has him as his “medium long shot” of the day. He defended this selection by saying the stag is rested and should go off at a good price, which might have been similar to what he said the first time he picked Vino Rosso in Kentucky Derby, but as we all know, that didn’t turn out to well.

Finally, if wanting to swing for the fences, Jacques says Gronkowski will probably be a popular option because of the name, but he’s actually better than his odds suggest. This Bay Colt might end up disappointing a lot of people on Saturday so why not get in on the collective sadness?

Only eight horses ran in this year’s Preakness but thankfully the Belmont has added 2 nags to give us a few more choices and new ways to lose our money. A field of 10 horses is the perfect number to mix some longer shots in with favorites on trifectas and similar.

Just look at current odds for Restoring Hope, a ridiculously meaty +3,300, how do you not throw that beautiful colt on a few tickets? There’s no grinding at the racetrack – if not shooting for the moon each time, you’re just not having any fun.

If looking to get down, MyBookie is rated #1 for offtrack horse racing wagers, with no one else coming close due to their professionalism and stellar reputation.