The Future of the Sports Information Network 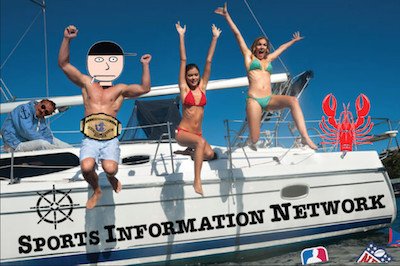 By now you’ve no doubt heard that our fearless captain AnonymousGamblr has jumped ship and swam off into the sunset, leaving the Sports Information Network without a leader. I guess technically he was more of a “spokesman” but labels don’t really matter in 2018. Let’s just say that going forward I don’t think we’re going to be fighting with as many people on Twitter.

Since the announcement that AG has become the Head Trader at online sportsbook MyBookie.ag, we’ve been receiving a lot of messages asking about the future of SIN and whether or not we’ll be selling NFL picks again this year, as well as requests for World Cup numbers, tennis, golf, and pretty much every other sport imaginable. Members who bought last year know the system works and they’re worried they won’t be making as much money without it. So I guess I’ll pull back the curtain and let you all know exactly what’s going on with this website and where it might be heading in the future.

AnonymousGamblr was always supposed to be the site’s mouthpiece due to his knowledge, expertise, and obsession with arguing with people on social media (just try explaining what Twitter is to Jacques Tannenbaum). The process worked. People came, bought picks, won money, the whole time at ease knowing every week we were going to publish all picks and be 100% transparent with our record. Again, this is something nobody else in the industry does. They lie about records and don’t stand by their numbers. For this reason, we were the greatest paid betting picks service ever and even if not liking A.G., you still had to respect SIN for transparency. Well fellow degens, the party might not be over.

I’m delighted to confirm that SportsInformationNetwork.com should again be offering NFL packages for the 2018 season. I mean, with our results, how could we let the community down? To refresh your memory…

We get asked all the time if “the network” is really just a collection of AnonymousGamblr’s multiple personalities and not a real group of gambling experts. Well folks, I’m sad to tell you that we are in fact all real, different people, each specializing in various sports with the occasional overlap on profitable ones.

The only thing we might not have made clear from the beginning was that Jacques Tannenbaum was solely responsible for the NFL player prediction model and A.G. provided game plays. A secret battle unfolded during the season to see who would finish with a better winning percentage between the two and as detailed above, it was A.G. by a hair. You’re not the only ones who are going to miss this 1-2 combo, I made thousands off of them last year. THOUSANDS. (Which I then immediately lost on Bitcoin Cash…don’t forget to use cryptocurrency to gamble this season, kids!)

Now with such a huge hole left by the loss of A.G., it only makes sense to bring in new blood. So please allow me to introduce you to Liam Mahoney, the newest SIN member. You actually already know Liam since he’s the guy behind the NCAA basketball picks sold for March Madness. How did they do? We don’t know yet, we were bouncing around the beaches of Costa Rica then, still trying to gather up all the numbers. (Feel free to contact us if you have them.) Anyway, Liam is currently trying to build a regular season version of his NCAAB player prop prediction model and he *might* also be whipping up some advantage plays for World Cup. Stay tuned. 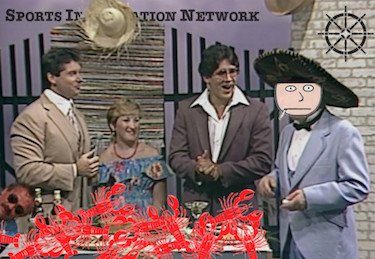 And to be fully transparent on my role around here so you know just how valuable I actually am, I have to phone, email, message, and generally harass everyone above to keep making these models available for public consumption. Trust me when I say that it’s hard. Sure we make money from selling picks but nothing close to what everyone earns by throwing their own bankrolls down on them, so selling plays has always been a distant second on their list of priorities. I make it my priority because I want to have the best sports information website in the world that brings valuable knowledge to the masses. Fun Fact: someone once told A.G. this site looked like the virtual equivalent of a burner phone for a drug dealer. I’ve never been more proud.

The only stipulations being new recruits must publish full lists of plays every week to continue our tradition of transparency and the have to love succulent lobster dinners. That’s right, instead of folding The Network, we’re expanding it. Why mess up a good thing? 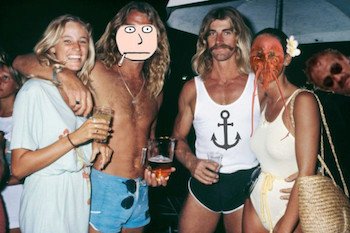 So if anyone else out there would like to set sail with us and join the Sports Information Network, here’s your chance. A.G. was always against adding other touts on the site because he didn’t want to confuse people by offering too many options for packages. Well now he’s gone and things are changing, the more, the merrier. He seems to have Tweefed with every other tout on Twitter so allow me to confirm that those days are done. This site is now 100% about making money, sharing knowledge, promoting valuable wagering systems, and sticking it to the cocky bookies around the world. If we feature multiple NFL touts each with proprietary systems, that only means more numbers for degens to degen on.

This is a serious invitation to anyone with a prediction model, a fancy Excel sheet, a proprietary algorithm, or a winning betting system for any sport: come join us. Or if you’re just a professional looking to sell selections, (there’s maybe a few hundred of those in the entire world?), you’ll be welcomed aboard too. Again, the only catch is you have to ultimately publish and plays sold. We can create a unique page on this website and you can run your own operation. Just send results for recaps, or publish them yourself.

And what if no one wants to join us? Hashtag sad emoji! Well, we’ll just trust the process this season and stick to what made us famous. However, we’ll still need someone to help us with that too, so we’re also looking to bring on a “Research Assistant” to find weak lines every Sunday, Monday, and Thursday, and keep track of results. Again, this is very important because we need to be 100% honest with our record. So if interested in helping out with this, there’s a spot for you at the dinner table.

If we don’t find a Research Assistant for September, we might just say screw it and lock in members who paid last year and not take anyone new, (new members = tons of questions = lots of work). Then we would probably just publish raw results each week without the terrible commentary. Quick and to the point, the main goal of making other touts jealous would still be achieved.

We were also thinking we could use some new writers that actually wrote interesting articles, so if you’re into that type of thing, message us and we’ll try to put your love of prose to use. But be warned: the standards are pretty high around here. Also, the pay is terrible. 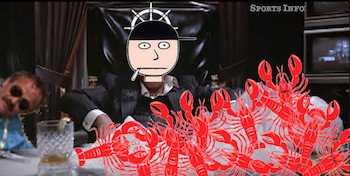 In closing, we wish AnonymousGamblr all the best in his current and future endeavours since we honestly wouldn’t be where we’re at today without him: articles read by dozens of people a week, 1,094 Twitter followers (and dropping), and the best damn tout service on the internet.

Congratulations, A.G. – you only played one season but you’re retiring as The Undisputed Touting Champion of the World.

However, The Network’s voyage continues… 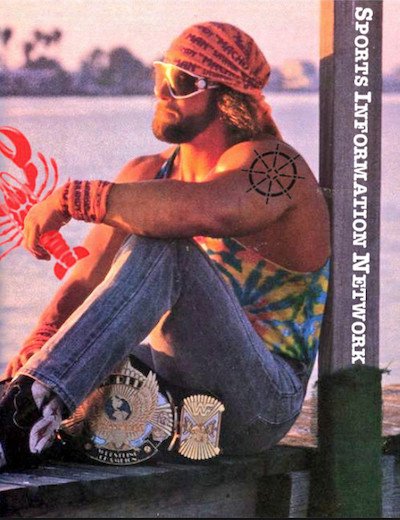