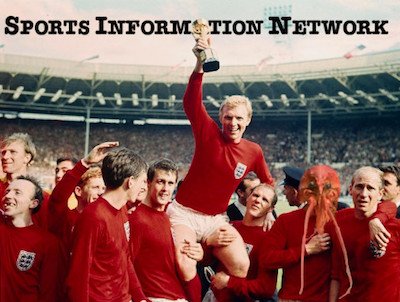 Every four years the globe collectively focuses on the greatest international sporting event ever created. Since 1930 the best teams have battled their way through qualification stages to represent their homeland in the hopes of raising the FIFA World Cup Trophy. Sure this amazing tournament is hosted by one of the most corrupt organizations on the planet, but we’ll never let that fact stop us from enjoying the Beautiful Game and the excitement each event brings.

The pulse-pounding action is of course complimented by gambling on every match, which is why we have compiled this extensive 2018 FIFA World Cup preview to help guide you through the murky waters of the tournament. It will give you an in-depth explanation of top selections and why, also highlighting squads to stay away from.

This isn’t going to come as a surprise to anybody following international football, but the two best bets to win the 2018 World Cup are the same countries usually there every four years: Brazil and Germany. These two soccer powerhouses always come ready for battle and one of them has won four of the last seven events and nine of the entire twenty, which is pretty darn crazy upon reflection. It’s even more astounding considering one has finished as runners-up in another six.

Of course, we’re counting West Germany’s achievements prior to unification as victories for Germany as a whole, so feel free to insert any shizer jokes here… just don’t mention the war, please.

Regardless of geopolitical leanings, laying down on either of these teams is always an excellent choice. Gains won’t bring riches, but yield a smug sense of satisfaction when successful.

Anyone seeking to get down on individual tournament should buy 2018 FIFA World Cup picks from us to enjoy a higher probability of victory. Over 60 individual plays will be sent out, so at $24.99, it’s an absolute steal.

Favourites to Win the 2018 World Cup

So let’s go deeper into value selections, as given to us by football aficionado, Liam Mahoney, who recently joined the experts behind Sports Information Network as special counsel for this difficult-to-handicap event. Currently, three favourites to win and three “almost-favourites” are found, every other squad sitting at 10-1 at best. Obviously, guessing which three are projected to succeed isn’t difficult.

Most players on this team are already quite familiar with each other due to playing in various domestic leagues, which will of course be good for general cohesiveness. It’s fair to assume many have even been practicing together in secret to prepare themselves for battle. They’re a strong and disciplined squad with ruthless efficiency and anyone in their way better be prepared for war.

Since losing most of their best comedy writers sometime in the 1930s, Germany has instead focused their attention on ravaging international athletic competitions. The fall of The Berlin Wall and reunification of East and West brought a new cohesion and chemistry (insert East German/Soviet Union steroids joke here) that has ultimately led to global football dominance.

Neymar da Silva Santos Júnior is so good he’s simply known as “Neymar”, like other one-named superstars such as Maradona or Cher. He’s an absolutely amazing player who gives this squad an opportunity to triumph anytime he’s on the pitch. However, as a result of his talents, many forget that Gabriel Jesus is right behind him in skill, forming a deadly two-pronged attack that’s going to be hard for the opposition to keep at bay.

Brazil are currently favored to take it all and odds will probably hold until they’re on a plane back home.

If under 25, you’d have every right to consider Spain as a global football powerhouse since they’ve won 2 of the last 4 big tournaments and have some pretty famous names on their roster. However, you’d technically be misguided about their abilities because this time they’re definitely behind Brazil and Germany in terms of talent.

It’s important to remember Spain has only ever won one World Cup, it just seems like more due to the amount of press coverage they receive. Don’t believe the hype.

Unless things in the tournament get really crazy, one of the three above should take this thing. However, it’s played out for a reason and one of these next three might just want it a little more than others. Sightly longer shots to do so, but all possess much more than a puncher’s chance.

Put down your baguettes and grab your berets because France is fielding the best squad since Zinedine Zidane head-butted Marco Materazzi in the 2006 World Cup Final in Berlin. That famous outburst not only cost France the victory but caused Zidane to retire in frustration, however, glory could once again be on the horizon.

The French team will undoubtedly benefit from being in the weak Group C, ensuring they won’t be tested until knock out rounds, (they should easily go 3-0 against Australia, Peru, and Denmark). This stress-free start could give the young team the confidence needed later when facing a powerhouse in the final stages, much like the assertiveness displayed by innocent rooftop mimes when first beginning careers.

There’s a joke said in all corners of Europe that basically goes, Name 3 famous Belgians…and I’ll give you Jean-Claude Van Damme. Well, the Belgians are going to get a bit more respect this year because their football squad looks tough. Which again, is a very good thing because just look at this list of notable Belgians – how many have you ever heard of? It’s actually pretty shocking.

Anyway, the Belgian squad is tactically sound but are frequently underrated because they don’t list any hot shot all-star players with big endorsement deals. They simply play good football, a solid alternative to go deep that most will probably skip.

Although currently sitting at higher odds than the previous five, Argentina should still be considered solid and at +750 to take it all, plenty of profit can be made. This will be an emotional journey regardless of outcome as Lionel Messi confirmed this will be his last performance. He’s already one of the most-decorated players in history and this is the last accomplishment he needs to complete his already impressive resume.

It’s always hard to go against a “feel good story”, so throw a few bucks on them and be happy if he ends up pulling it off.

Every four years bookmakers around the globe lick their chops waiting for the dead money to come streaming in from part-time punters who fancy themselves experts just because they’ve watched some English Premiership or UEFA Cup matches. If this sounds like you, trust us when we say you’ll be welcomed with open arms as you’re the type of bloke bound to make terrible decisions.

So who are some interesting options for 2018? Well there’s really only two main piles that most people will step in this year, because it’s the same two piles every 4 years.

We can hear the cries from Manchester to Leicester and back again when the Brits read this section, but it’s for their own good. As a nation they collectively waste billions of Pounds every four years backing their home squad and it simply has to stop. They’re keeping substandard betting shops like Coral and Ladbrokes in business with blind faith, when that capital would be more wisely invested in toothpaste, real beer, or cooking lessons.

Let us be clear, England will be popular just because they’re England and for absolutely no other good reason. Why does this make them such a bad choice? Because this ensures zero value is to be found since North American and British books protect them, prices artificially deflated since they know they’re getting that money anyway.

Don’t agree? Well, right now England is currently sitting at around 16 to 18-1, but this inexperienced and overhyped squad should be at 25-1 or even higher. These numbers are a joke and concrete proof bookies play with your emotions and are sometimes more “psychologists” than “lines-makers”.

Don’t you dare step into that steaming pile of sheep’s mess.

Similar to the unfounded hysteria surrounding England, Portugal is another terrible wager that people will waste their money on because they’re infatuated with Cristiano Ronaldo – and it’s only cool to feel that way about him if you’re a 14 year old girl daydreaming in Grande Porto.

Portugal never make it past the 2nd round. Never. Their sole job in the tournament every four years is to constantly disappoint their countrymen and break the hearts of sad elderly men who’ve never seen their squad finish higher than 3rd place…and even that meagre accomplishment was over 40 years ago. The whole Portuguese football situation is just pitiful and is often given as the reason that they legalized drugs in 2001 – the collective misery was just too much for the country to bare anymore. Our football team sucks but at least we can bang fat rails and pop pills to ease the pain.

This doesn’t mean that you won’t be able to get any action down on Ronaldo, though…

When examining the long list of players with odds to win The Golden Boot, only one sticks out like a sore thumb, Cristiano Ronaldo. He simply has to be considered the favourite as this award is given to the participant scoring most goals throughout the tournament and we all know Ronaldo: even if Portugal succeeds, he’s not happy unless he’s scoring. He loves the limelight so you’d better believe he’s going to be trying to rack up points this year.

Ronaldo is currently around 16 to 1 to lift The Golden Boot, with the only other common sense options being Lionel Messi or Neymar who are both at 10 to 1 at most shops.

Now that we’ve outlined who to look at and who to stay away from, it’s time for us to make our predictions, with picks again coming from rookie SIN member Liam Mahoney. So without further adieu, The Sports Information Network is officially predicting that Germany will win the 2018 World Cup …so run don’t walk to back this stern and punctual squad.

We’re then putting Spain as Runners-up with Belgium getting 3rd place.

You already know we love to occasionally throw out winning long shot bets and Mr. Mahoney didn’t disappoint when he broke down his favourite underdog. To preface this pick I should tell mention he constantly dropped history on me throughout our conversation, Did you know that European teams usually win when the W.C. is in Europe and other teams do better outside of Europe? 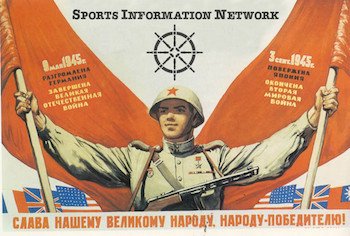 One could easily argue these stats are skewed by the fact it used to take three weeks by boat for teams to go land in South America and Europe. However, since airplane travel has become commonplace, there is definitely a strong correlation between being a team from the hosting nation going deep into the tournament.

To be fair, it mostly comes down to the fact the host team is helped by getting seeded as if one of the Top 8 teams in the world, regardless of true skill. As such, instead of being in a group with Spain, Germany, Brazil, France etc., they get to play 2nd/3rd/4th tier teams.

Who’s hosting this year? Well none other than our friendly comrades to the east, Russia! These blustery Bolsheviks can currently be found at many online sportsbooks with fat odds of 50-1, so tons of Rubles will be pocketed if it hits. Surely it’s easier to influence soccer results than an election, no? Putin surely wants a victory for the Motherland more than he wanted to build a vacation home in Crimea, and he’s going to be willing to do whatever it takes.

I mean, how do you seriously bet against Russia in ANYTHING at this point?

So let it be known that Liam wanted to put Russia in the finals losing to Germany as his pick but I simply wouldn’t let him. You think Putin would ever lose to that squad? This is why they shouldn’t have taken history lessons out of the classrooms.