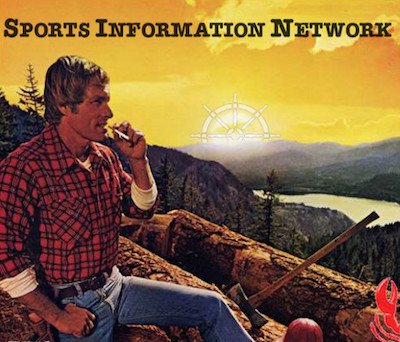 There’s certain guys you’re always happy to see in person and Jacques Tannenbaum definitely falls into this category. In addition to being an NFL gambling expert he’s also one of the strangest cats I know, and he always leaves me shaking my head after our conversations. Earlier this week we published our guide outlining the best betting picks for 2018 World Cup, however, yesterday I had occasion to go out for lunch with a few of the guys from The Network and now I think we need to print a follow up piece.

I was shocked when I looked up from my smoked meat sandwich to see a sweaty J.T. sauntering into the deli, 45 minutes after everyone else had gotten there – no one thought he was actually going to show. We were in the middle of discussing the newest member of the Sports Information Network, Liam Mahoney, and his predictions for World Cup, and how much sense it actually makes that Russia will get into the Final somehow. Well, Jacques was more than happy to interrupt our conversation to tell us which futures he put his money down on, so for those enjoying getting international soccer tips from someone specializing in NFL, (and horse racing), these are for you.

After he hammered The Belmont Superfecta last week I just couldn’t not share his picks with you, but like everything given away for free on this website, take them with a grain of salt. The advantage plays are below but I thought some might want to know Jacques’ Top 5 is similar to pretty much every other tout, with Brazil being favorite, followed by Argentina second, and Germany third. When I pressed him for another two countries to round out a “Top 5” he immediately gave me France, followed by a 5 second pause and then Portugal with a firm head nod. Loyal SIN readers already know Liam hates Portugal so it will be interesting to tally the final stats.

As J.T. was preaching on his soap box he saw me furiously taking notes on my phone so I think he got a bit of an ego boost and then shockingly said, Do you want to know some of the crazier bets I made, tabarnack?, as a combination of meat grease and mustard ran down his chin. I moved to the edge of my seat and said, Give em’ to me, Jacques. So here are a few advantage plays he found last week – I saw some of them today but I don’t have the time to go see if they’re all still around. Maybe you can find them at some of the softer Romanian credit books you must surely have in your portfolio.

Firstly, he dropped a knot on Poland to win the 2018 FIFA World Cup at 66-1, which Jacques claims is the best vale of the entire tournament. He didn’t explain why and instead saved his extra thoughts for Belgium, who he thinks are a lot better than perceived. He said he put down a couple of units on them at 12-1 and it was one of the only times he smiled while there. 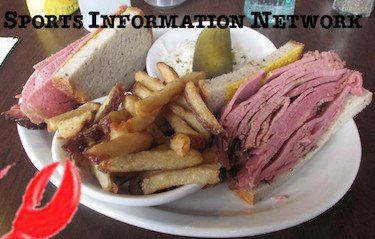 Jacques then gestured to the waiter to bring him another special, (a smoked meat sandwich with medium fat, fries, coleslaw, pickle, and a Cherry Coke), and then said proudly, There’s only one other team in the tournament that’s as overpriced as Poland…and that’s Columbia. Earlier today, Columbia was paying 40 to 1 or more at a few places, so it’s still possible to chase rainbows, if desired.

He then blurted out, Messi at 10-1 for top scorer all over the place! How do you not bet on the best goal scorer of all time?!? Yel-laow!! I’m not sure if he was demanding more mustard from the waiter, was professing his love of Messi’s foot, or some combination of the two. Anyway, it would seem as if J.T. thinks you should get down on Argentina’s Lionel Messi to win the 2018 Golden Boot this year if getting 10-1 or better and feeling a little frisky.

All of these notes were quickly taken via cell phone so no further details or analysis exists to report, if I missed something it’s gone forever. Jacques Tannenbaum is a man who simply doesn’t repeat himself. Ever. And if asking “why” he feels a certain way about something he just looks at you with disgust like you’ve insulted him and his entire lineage of ancestors. It is “so” because he’s said that it’s “so”. Anyway, I noted what I could and then went back to my lunch.

When asking Jacques for some golf and tennis tips but he just snarled, I’ve given you enough for today, sacrament! Then somehow he bolted out of the deli before me, even though he had a total of three specials before leaving, (my advice is to enjoy his wisdom while he’s still alive).

The guy owns pieces of five racehorses and still only dropped $40 down on the table to cover the $50 worth of food he ate. You can’t help but love the guy.

Where to Bet the World Cup

Anyone trusting themselves can ignore the advice above and directly visit one of our recommended partners. Both accept USA players as well as most other countries and always excellent optoins. We’ve worked with our advertised books for years, however, these two consistently stand out.

Our favorite place is of course the MyBookie American Sportsbook, since we always take extra pride in trying to beat their Head Trader, who’s ego wouldn’t fit in the Grand Canyon. He used to be a decent tout but sadly turned to the dark side for reasons that still aren’t clear.

However, if searching softer numbers to take advantage of, head on over to trusted BetOnline and signup for an account today. Tons of good lines abound on pretty much every sport in the world. They’re also 100% Jacques Tannenbaum approved, which is not a designation he gives out lightly.